Where legends are made!

The Ft. Worth Aces provides coaching from some of the best in baseball.  Our facility also has batting cages and other baseball training available. 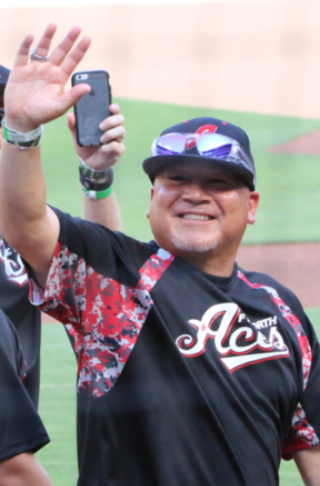 Baseball has been a part of Coach Ronnie Cardenas life since a very early age. As a child growing up in San Antonio, Ronnie’s love for the game began when he was just three years old. The oldest of four boys, he began coaching long before he even realized that was what he was doing.

Ronnie came to Fort Worth at the age of 13. He attended Burleson High School, where he went on to play baseball for the Burleson Elks. After he graduated high school in 1988, Ronnie attended Texas A&M University before returning to Fort Worth to raise his family.

He began his coaching career in 1999, and quickly realized his talent for teaching the game and helping develop the skills of young players who shared his love of baseball.

In 2010, Ronnie founded the Fort Worth Aces. Since then, he has led his teams to multiple USSSA State Champion titles as well as several USSSA World Series Champion titles.

But Coach Cardenas is more than just a winning baseball coach. His core belief of DISCIPLINE, DEDICATION, PREPARATION and HARD WORK, both on and off the field, produces not only winning baseball teams, but also produces the strength of character that his players will carry with them through adulthood. 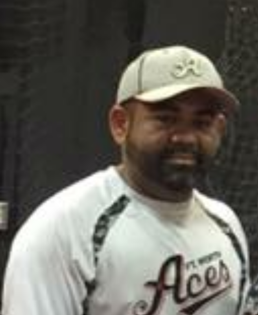 Raul Aragon, originally from Ciudad Juarez , Chihuahua but moved to Texas in 1980.  Raul is a graduate of Paschal High School, class of 1997. He is the oldest of 4 kids. Raul started playing soccer at age 8 but soon realized that soccer was not for him so Raul picked up baseball at age 9. Raul picked it up very fast and fell in love with the sport.

Coach Aragon had an arm injury  in 1995 and decided to start coaching as a assistant to youth baseball at Optimist Baseball Fields.  Aragon started volunteering his time to help young kids enjoy the sport he loves at The Blue Raider Baseball Fields 2006.

Raul then moved to coaching select baseball 2010-13 with the Southside Bucs Organization , 2013-15 Fort Worth Monarchs and then joined Ronnie Cardenas and The Fort Worth Aces in 2015.

Raul enjoys coaching and seeing young athletes perform at their highest level and feels satisfied that he had something to do with that.  Raul loves to use baseball experiences just as life experiences, always respect the game.

At the age of 12yrs he began to play organized baseball through the Optimist Baseball program.  At the age of 23, he started his coaching career coaching his son’s team in South Side Little League in the spring and fall.  Following year he decided to fall back to his old roots and go back to the Fort Worth Optimist Baseball program where he began to coach the 13-14 Pony Baseball teams.  In the late spring baseball season 2016 began to help the 13-U AA FT Worth Aces.  The fall of 2016 he was the assistant coach for the 15-U Aces and the spring of 2017 he became the head coach for the 13-U AA Aces.

Coach Beltran to this day is a student of the game as the game changes. Takes pride into showing the up and coming kids basics and developing their skills on and off the field and preparing those for their next level of play mentally and physically.  “Never let the fear of making errors play the game”. 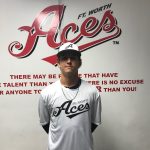 Tanner Amaral, Agoura Hills, California, I am a junior catcher currently playing at Texas Wesleyan University here in Fort Worth. I graduated from Agoura High School where I was all Marmonte League and hit .313 my junior year and .370 my senior year. I played my first two years at California Baptist University before transferring out here to Texas. 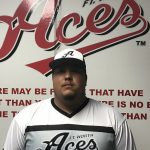 David Pewenofkit, Wichita Falls Texas, Currently at Texas Wesleyan went to Vernon College where I was selected to the region 5 all conference team as well as the region 5 all star game. I hit .394 my freshman year and hit .411 my sophomore year with a combined 21 homers.
Graduated from Rider high school in 13 with 1st all district, region, and 1st team all state DH honors and Red river diamond dozen MVP.