Where legends are made!

Bryan Clark is a former MLB pitcher whose career spanned 17 seasons, 8 of which were spent at the Major League level. He has worked with many athletes in the DFW area since 2006, with a concentration on proper pitching mechanics to limit arm injuries, developing ball movement in the strike zone, maximizing arm speed to increase velocity, and the ability to locate pitches with mental toughness. 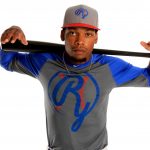 Coach Reggie York Jr. was born and raised in Fort Worth, TX. He knows what it takes to improve, to prepare and to produce in baseball and softball. Coach Reggie founded Spring Prep. University, an 8-week performance camp, to provide parents, players and coaches the opportunity to truly prepare for the Spring season. Through speed, strength and agility players show the results of their hard work by pre-testing and post-testing. Most importantly players increase their flexibility which will significantly reduce injury risks. Coach Reggie loves the kids and pushes them to reach new heights in their athletic career.